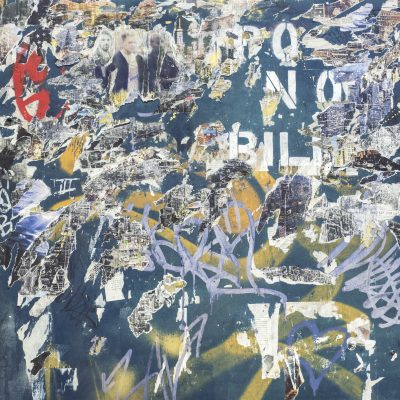 Thirdstory is an NYC-based trio made up of Ben Lusher, Richard Saunders, and Elliott Skinner. Since 2015, the group has cultivated a strong grassroots following that began on YouTube. The group’s YouTube channel features an abundance of awe-inspiring acoustic covers, and since its debut the trio has collected more than 100,000 subscribers. In 2017, the chameleonic singers released their debut EP Searching, which showcased the band’s bone-chilling harmonies and was streamed more than six million times on Spotify. They also demonstrated that their genre-bending talent could translate to a live setting, as they stepped behind Chance the Rapper on his 2017 tour and appeared alongside the superstar during performances on Saturday Night Live, Late Night with Stephen Colbert, and NPR’s Tiny Desk. Executive-produced by Malay (Frank Ocean, Sam Smith), Thirdstory’s debut LP Cold Heart blends pop songwriting and powerful vocals with innovative production, combining elements of R&B, gospel, and Hip Hop into a smooth, vibrant, and soulful mix.

The album includes two versions of “Still In Love,” including one that features vocals from fellow Chance collaborator Eryn Allen Kane. That version debuted on the group’s Facebook page, where a live performance of the song garnered more than two million views in its first week. According to Thirdstory, “When we met up with Eryn for the first time, we happened to have this song lying around that we didn’t know what to do with,” Thirdstory says. “Within the first few seconds of hearing her sing the first verse, we knew she was a perfect fit.” Other highlights include “Hit The Ceiling,” which sports a massive bassline to compliment the group’s masterful vocals, and “G Train,” which features a guest verse from Pusha T that came together after the rap legend heard the group recording from an adjacent studio and decided to pop in for a listen. The group is set to tour the US in Spring 2018, with dates in every corner of the country.

“Eryn Allen Kane and Thirdstory have each gotten co-signs from Chance the Rapper, but their collaboration on “Still in Love” promises a long-term staying power that is all their own.” -Billboard

“Thirdstory’s transition into an on-the-verge music act in development has been as smooth as the harmonies the group produces. Since their formation last summer, the band’s takeoff has been swift (thanks to YouTube views) and their musical chemistry, both off and on the stage, is obvious.” -GuideLive