About How To Fight Records 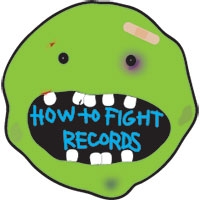 How to Fight Records is an LA-based, mostly vinyl record label that focuses on bands who frequent LA’s legendary DIY venue, The Smell. They have started a 7-inch series entitled “Animal Battles,” in which each band records two exclusive songs with the B-side recorded under a different name and something they wouldn’t usually play. The two animals battling on the cover art (designed by LA’s Owleyes) represent the contrast between the A-side and the B-side.

Next week we’ll be sending you an EP from Meho Plaza. Meho Plaza has toured with These New Puritans, played with XBXRX, Avi Buffalo, Foot Village, Japanther and shared a practice space with LA punks No Age. They have gained an underground following due to their sold-out, limited edition EPs and critically acclaimed full length (s/t Better Looking Records). Meho Plaza just returned from SXSW, where they played the Smell’s showcase and they are embarking on a west coast tour as well as a southwest tour this summer.

Keep an eye out for upcoming Animal Battles 7 inches from How To Fight Records! Foot Village is next in the series!