The Black Keys “Howlin’ For You” 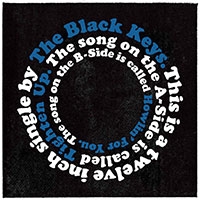 The Black Keys marked Record Store Day 2010 with a limited edition 12″ vinyl single featuring two tracks off their forthcoming album, Brothers. We already sent you side A, the Danger Mouse-produced “Tighten Up,” which Pitchforknotes for “the soulful bounce of organ and guitar interplay.” Rolling Stone gives it four stars, saying the band has “never sounded tighter or funkier.” On the flip side is “Howlin’ for You,” with backing vocals by Nicole Wray , a stand-out from the recent Blakroc project.

Their sixth full-length album Brothers will be coming to you mid-May.