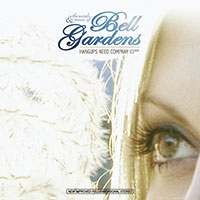 Kenneth James Gibson has worked under eight or more different monikers, from the California dream noise rock project of the middle 90s, The Furry Things to his current techno artisanry as [a]pendics.shuffle. Brian McBride is better known as one half of the nocturnal lullaby giants, Stars of the Lid.

Wanting to experiment in what they believed to be a classic type of sound, the two relied mainly on live instrumentation for Hangups Need Company, using what was available in studios from the 50s to the mid 70s. Even the sounds of the strings were often recorded flat in an attempt to preserve both room sounds and the natural sound of the instrument.

The Hangups Need Company EP is on Failed Better Records and will be going for adds May 24th and 25th.