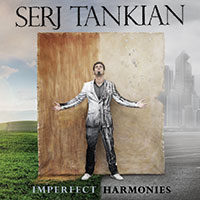 As most of you know, Serj Tankian is the lead singer for accomplished rock band System of a Down. On 8/11, you should have received Tankian’s new single “Left of Center”. We would like to thank everyone who has supported the song thus far, and we encourage those who haven’t listened to it yet to check it out!

He is set to release his 2nd solo album, Imperfect Harmonies, on Setpember 21st.