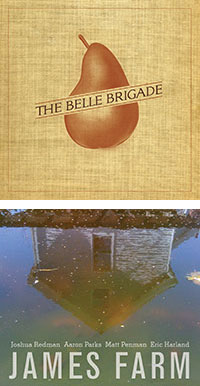 This week we have two awesome debut albums going for adds. The first one is L.A based Belle Brigade’s self titled album. This is brother and sister Ethan and Barbara Gruska’s first album in which they mix sweet folky sounds with rock and roll and a tinge of country. The second album is James Farm’s debut album as well. James Farm is a contemporary jazz quartet led by saxophonist virtuoso Joshua Redman. This record incorporates the members different array of influences that go from jazz to rock, soul, folk, classical, and electronica, among many others.   Talk about each record

James Farm was a digital servicing only