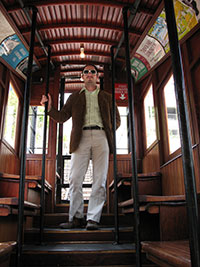 This past weekend I saw the visually stimulating Art in the Streets show at MOCA. Here I am about to take Angel’s Flight, the “Shortest Railway in the World”, up to the museum. The amount of graffiti in Los Angeles has noticeably increased since the show opened. While there’s still plenty of ugly tagging around the city, there’s been some beautiful new images going up as well. I scored some of the $25 tickets for Prince this weekend! He’s currently in the middle of doing a 21-night residency at The Forum.