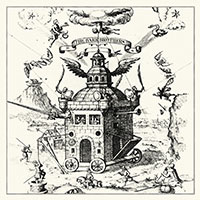 The new band from Montreal that we introduced to you late last summer continues to grow and find new listeners into the new year. The Barr Brothershave been holding steady on the CMJ charts for 11 weeks now and touring relentlessly since the release of their self-titled debut album. Thanks to the support of college stations like yourselves, the band received an invitation to perform on Late Show with David Letterman last week, watch the performancehere. They also recently performed a small set on NPR‘s World Cafe who called their debut “a powerful and moving folk record” that “combines delicate harp arrangements with a rock ‘n’ roll sensibility and richly interwoven instrumentation.” To check out their performance, click here. Remind everyone who first played The Barr Brothers by giving them some spins this week.