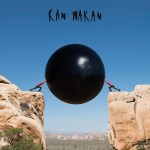 Live And Die In Music recently posted an interview with LA-based orchestral pop outfit, Kan Wakan, whose album Moving On was released earlier this summer. The band, having just returned from touring in the UK, talked about everything from their feelings about their latest release to being compared to Radiohead. With intricate composition and dense, layered sounds, Kan Wakan is a band that is difficult to categorize.

When asked how they would describe their music, the band replied, “Sometimes adding a string arrangement to a song is enough to label a piece of music as orchestral, and in our case there is a lot more going on throughout the album that we’d want people to discover. We’ve also gotten ‘cinematic’. For now I prefer to go with ‘Mid-century Prog-chestral Mod-funk’.”

Read the rest of the interview with Kan Wakan here.