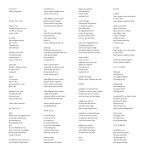 The official music video for Rodrigo Amarante‘s “Tardei” recently premiered on Esquire! “Tardei” is an earnest folk ballad featuring an all-star chorus including the Moldy Peaches‘ Adam Green, ex-SNL‘s Kristen Wiig, the Strokes‘ Fabrizio Moretti, and Devendra Banhart. The cinematic video for “Tardei” is a testament to Amarante’s own life journey, featuring him in various locations alone. The beautifully composed shots of Amarante accompany the solemn tone and feelings of isolation felt in “Tardei.” Amarante says the song is a projection of an arrival, “an invented tool to pass the lonely and uncertain hours of that walk toward what is now revealed unknown.” Watch the video below and check out the feature here.