Nick Kingswell – On the Road 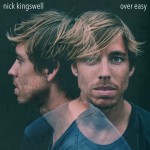 Since last year, the debut album by Australia’s Nick Kingswell has been bubbling on making the Radio 200 chart. His first collection of songs, Over Easy, was funded mainly through his talent of busking around the globe. In this video, Kingswell shares his journey of busking from Europe to the United States, starting in Los Angeles and making his away through Austin, Nashville, and New York City – playing every street corner, boardwalk, and coffee shop in between. Watch the introspective video below. If you missed Kingwell‘s album when it was serviced at the end of 2014, it is not too late to get started with it. Contact us if you need a download or CD & help Over Easy debut at Radio 200.