Tigran Hamasyan – NPR: A “Musician to Tell Your Friends About in 2015” 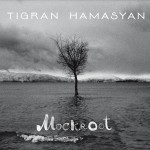 NPR has just featured a list of musicians that they expect to make a big impact in 2015. This list of artists, which NPR believes has the propensity to “find an enthusiastic audience in 2015”, includes Armenian-American jazz pianist and composer Tigran Hamasyan. Hamasyan‘s Nonesuch debut, Mockroot, is a wild mashup up of jazz and prog rock. “Hamasyan and his collaborators travel musical expanses marked with heavy grooves, ethereal voices, pristine piano playing and ancient melodies. You’ll hear nothing else like this album in 2015″. Check out the full list of musicians here.

Celebrate this one of a kind release by giving it a debut this week.