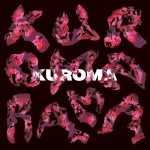 Kuroma‘s new album, Kuromarama, was produced by MGMT‘s Ben Goldwasser and released via Votiv Music. Brooklyn Vegan has the whole thing streaming here along with the full schedule for Kuroma‘s upcoming tour. The cross-country tour kicks off with a sold-out show in NYC opening for Ex Hex on April 23rd. The tour will continue throughout the month of May and into June with opening slots for Tennis and Tame Impala. Shows with Tennis are already selling out, contact us for guest-list tickets and interview opportunities.

The album debuted in the top 100 at CMJ, and is ready for a leap into the top 50. Share this record with DJs who are fans of King Tuff, Foxygen, and the impressive list of bands Kuroma will be playing alongside this spring.