New Music from Built to Spill 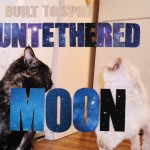 One of the most endearing and enduring bands of its generation, Built to Spill, is ready to release their 8th studio album, Untethered Moon. The band, fronted by Doug Martsch, creates resonate and sonorous songs that Stereogum says, “exist on a continuum between two poles: snappy, twee-inflected pop songs and vast, mind-altering classic rock soundscapes.” Hailing from Boise, Idaho, Built to Spill is essentially responsible for the current makeup of the CMJ Radio 200 by directly / indirectly inspiring countless bands, from Modest Mouse & Death Cab for Cutie to Waxahatchee, Alex G, & Mitski.

Untethered Moon is their first album since 2009 and with new band mates, Steve Gere (drums) and Jason Albertini (bass). The album will be made available on Record Store Day (April 18th), and see wide release on April 21st. Produced by Martsch and Sam Coomes – one half of Quasi who has performed on albums by Sleater-Kinney and Elliott Smith – the record makes for the perfect addition to their discography of intelligent, melodic, and lyrically thoughtful records.

The band will return to Coachella for a second weekend and set off on a US tour that will culminate with Pacific Northwest friends Death Cab for Cutie.

“There are several dreamy, melodic, mid-tempo pop tunes, a few up-tempo rockers that ponder offbeat, quasi-philosophical subject matter (in this case, zoos and DNA proteins), and there’s of course a requisite eight-minute guitar freakout…Untethered Moon is as good as anything the band’s done in the past decade.”
– Noisey