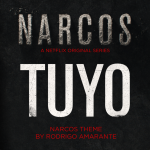 Rodrigo Amarante has told The Decider about the process behind creating “Tuyo,” his gorgeous theme for Netflix‘s Narcos series. Although the riveting drama is about cocaine, the site says Amarante’s song is “arguable the most addictive” thing about it. The feature goes in-depth, with Amarante explaining how the show’s creators gave him freedom to create and explaining how integral the song is to the show itself. To create it, Amarante dug deep into main character Pablo Escobar‘s psyche, exploring the drug kingpin’s relationship with music and his family. Enjoy the enlightening feature here.

“Tuyo” continues to live in the Top 100 on Shazam‘s charts, and Amarante just concluded a tour opening for Angel Olsen.