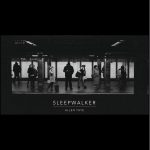 In a recent interview with Paste Magazine, Allen Tate explained how his job as the male lead singer of San Fermin impacts his work as a solo artist. “When the band is touring on an album cycle, we play close to 200 shows a year… so it was a question of where there was space to write and get [solo LP Sleepwalker] off the ground.” However, he was able to find some writing time between engagements with the band. “I took the trip to Copenhagen between these two really intense tours,” he told Paste. “I chose Copenhagen because it was far away, I didn’t know anyone there, and I wanted to be isolated while I was writing. …Spending three weeks in a country where no one was going to talk to you unless you talk to them first was an appealing idea.” With his thoughtful responses to the interview, Tate reveals a bit of his inner world and connects his music to his education and his life as a whole.

Paste also has the video for “Don’t Choke,” which in many ways is the emotional centerpiece of the LP. Watch the video below, and read the interview here.