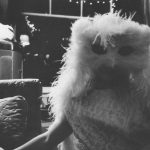 “Absolute Loser is a fantastic record that will rightly be on (or atop) many a critics’ Best of 2016 list, mine included,” writes Jon E. Lynch of DGO Mag about Fruit Bats‘ comeback album, which surfaced last Spring. Fruit Bats’ latest release – entitled the Glory of Fruit Bats and sent out into the world for Record Store Day‘s Black Friday event in November – is “a wonderful addendum” to that record, according to Lynch, which may have been recorded quickly but is “by no means thrown together.” Rather, he says, it’s “a well-articulated gift to fans of [Fruit Bats’ Eric D. Johnson‘s] music… recommended for those that lean toward indie-tinged folk and Americana, such as Fleet Foxes, Kevin Morby, Blitzen Trapper, Ugly Casanova, Dawes or Middle Brother.”