Mayflower Madame, On Tour In the US, Premieres “Drown” Via BlackBook 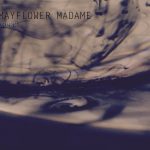 BlackBook recently premiered the new single from Mayflower Madame, “Drown,” comparing the Oslo-based band to gothic and shoegaze heroes. According to the site, the band’s “sneering vocals and wickedly distorted guitar riffs are pure Jesus & Mary Chain, the ominous, echo-drenched atmospherics recall Sisters of Mercy, and the overall and very palpable sense of fear and dread harken back to Faith-era Robert Smith.” The new track, says BlackBook, is comprised of “theatrical, widescreen soundscapes, thundering drums and layered instrumentation.” Read what they said here, and listen to the song below.

The band has two more dates on the North American tour. If you live in Southern California, get to these shows!