Devendra Banhart Chats With The Telegram 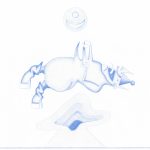 Devendra Banhart just finished a stint of US tourdates in support of his exemplary 2016 album Ape In Pink Marble, a jaunt that earned him rave reviews and positive coverage around the country. Worchester, Massachucetts paper The Telegram did a profile on the prolific artist and musician, with an interview that covered topics stretching back to his years as a young and impoverished busker. “I had a hunger, and I was going to jump off this diving board called art,” he told the paper. “There’s no turning back, so you just go, and that’s how you get through things like living in a squat with no electricity.” Read the full thing here.

Banhart is getting ready to play the second weekend of Coachella. If you missed Ape In Pink Marble, which was a Top Ten record at CMJ last fall, hit us up and we’ll get you a new download.