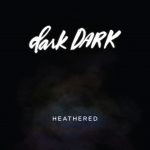 Earlier this year, NPR premiered “Restless” by darkDARK. According to All Songs Considered, “‘Restless’ is one of 2017’s first great songs: a dreamy, sweetly throbbing electro-pop jam with a warmly soaring, heartfelt vocal at its core.” The song is the centerpiece of the group’s new EP Heathered, a five-song EP of nighttime beats and analog synths; it features singer Haley Bonar, who NPR says “possesses a swoony, knowingly melancholy voice that’s ideally suited to the dance floor.” Over email, Bonar told NPR about her lyrical inspiration on the track: “I wanted to tell a story along the lines of two young people who take the late train home from an insane night out and realize that they actually love each other and want to commit to one another, despite their restless pasts.”

See what NPR had to say here, and check out the song below.