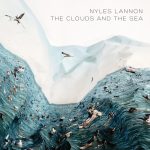 Nyles Lannon – who has performed as N. Lannon and also as part of the group Film School – has recently returned with a new EP of songs called The Clouds And The Sea. Much of his creativity lately has been inspired by a collaboration with filmmaker Jonathan Caouette (Tarnation, All Tomorrow’s Parties). “Songs and videos continuously evolve as we collaborate,” Lannon says. “This has led to alternate versions of songs with videos also changing, like we are riffing off each other… [‘Hiding,’ from the new EP] wouldn’t have even been a song without Jonathan’s collaboration.”

Now, IndieWire has the clip for “Hiding,” which “uses memory, inventive filmmaking, and a clear love for music to tell a story about one boy growing up and, per the song’s own title, “hiding” in some complex ways.” See it right here, and get The Clouds And The Sea from our download page.