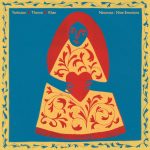 The Guardian has featured Yorkston/Thorne/Khan‘s “The North Carr” as one of 50 great tracks for the month of February. “This luscious instrumental track named after a Scottish lightship, written by singer-songwriter James Yorkston, is a particularly beautiful thing. Suhail Yusuf Khan’s sarangi (a classical instrument with a sound close to the human voice) improvises delicate leaps of laughter as Jon Thorne’s double-bass anchors the tune’s drift between minor and major keys. Yorkston’s guitar adds texture and determination. Give these boys soundtrack work, film directors. They’re giving you the world.” See the full list here.

The track comes from Navarasa: Nine Emotions, which was just released via Domino. It’s currently at radio and looking for NACC World chart success!