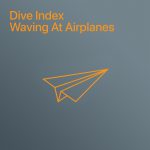 Thomas set specific parameters for his ever-exquisite sound design on this release, sourcing almost everything (percussion included) from modular synthesizer. The only exceptions are some piano, acoustic guitar, and occasional extraneous sounds – nail gun, jackhammer – that leaked into the studio and were embraced.  The collection takes its title from the optimistic act of seeking the fleeting attention of passing, distant strangers for the sake of connection – a wonderfully unjaded action confined to the very young and the very lost. Other themes on the album include missed connections (“Window to Window”), desert beauty (“Pristine Wilderness”), artificial intelligence (“Wish I Had A Pulse”), contentment with what we have (“Bruised and Beautiful;” “Near Enough”), and the current political climate (“We Can’t Change The Channel;” “19 Fools”). Co-written and produced by Thomas and mostly recorded in his studio near Laurel Canyon in Los Angeles (with Merz contributing remotely from Joshua Tree), Waving At Airplanes was mastered by Mike Bozzi at Hollywood’s legendary Bernie Grundman Mastering. The record is at once an audiophile delight and a reassuringly visceral expression warmed by Walker’s finely-grained timbre and Merz’s emotiveness.

“Gorgeous and achingly expressive…,  [with] twinkling keys, shimmering synths and thumping low-end […] visceral and intimate.” -The Joy of Violent Movement

“The most serene, intimate of soundscapes imaginable.” -My Old Kentucky Blog