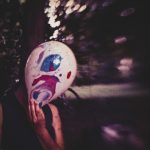 In some ways, the upcoming LP seems like a natural progression of the Pluralone project, just as dynamic and fluid in its arrangements, but more focused in its execution. Written and recorded on a tight schedule, due in part to social distancing limitations, the approach resulted in a more cohesive and consistent work. As on To Be One With You, Klinghoffer leans heavily on piano and keyboards for the foundation of most songs. I Don’t Feel Well is a reflection of the trying times we find ourselves in. It is often dark and reflective, but with a glimmer of hope and underlying themes of solidarity, something we could use a bit more of these days. According to Rolling Stone, advance single “The Night Won’t Scare Me” is “a sprawling bit of piano-driven rock, cut with blazing guitars and anchored by a gripping vocal performance from Klinghoffer.” The full LP is due on October 16.