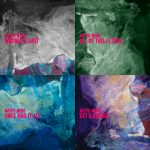 Swedish-born, Los Angeles-based Melpo Mene (pronounced men-ay) brings an unparalleled authenticity and self-awareness to his music. His music offers warm synths, atmospheric guitars, sensitive vocals, and generous words for a sort of humble yet authoritative therapy. Mene has seen numerous successes over the past years; he wrote the original theme song for the second season of Hulu’s Shut Eye), found over 20 commercial and television placements. He co-wrote and produced Matt Simon’s “Catch and Release,” the Deepend Remix of which has more than 300 million streams, and has shared a stage with artists like Bon Iver, José González, and Lonely Dear.

Now, Melpo Mene returns with a new indie pop single “Wrong At Last” – both shiny and new but also warm and familiar – that doubles as a powerfully cathartic release. With authenticity and self-awareness, he offers generous words for a sort of humbled therapy. Driving guitars and subtle percussion greet listeners at the song’s onset, followed by warm, atmospheric synths that ground the composition. Melpo Mene’s vocals come in with a confidence that’s comforting and authoritative as he muses about humanity and all the different ways we interpret what’s in front of us. He says, “while most people are eager to be right all the time, a pessimist is actually dying to be wrong because it’s in the rare case of a pessimist being wrong that something was in fact better than estimated.” Hear the new track now, along with the previous singles “Once Had It All,” “Get A Rocket,” and “All Of This Is True” (featuring Russian Red).