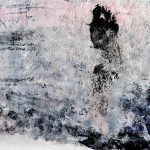 Last week, Montréal’s Leif Vollebekk made his first appearance on television in the United States, on CBS’ The Late Late Show with James Corden. Vollebekk performed “Long Blue Light,” his most recent single, which he originally recorded during the sessions of his 2019 album New Ways. Enjoy his performance from the Late Late Show here – along with a short interview – and get both “Long Blue Light” and New Ways on the radio.