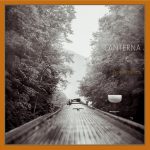 Hidden Drives, the new LP from Lanterna, is now streaming on Brooklyn Vegan. The site notes that it’s “the seventh Lanterna album and first since 2015’s Backyards, which finds Henry Frayne exploring some new sonic territory, while Frayne says, “Hidden Drives features more electric guitar and synthesizer than previous efforts. Most of the songs were written on an old Gibson SG with or without cascading digital echoes suggesting additional harmonies and melody lines.”

Stream it here, and get it on the radio now!