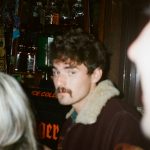 Still Waiting Still is “not perfect,” according to Ackerman, “just as nothing with a heartbeat ever is, but I hope that it represents some part of me that perhaps I could not express any other way.” The album is due Sept. 17, and advance single “Full Grown” is at radio now. Originally a spare song written when the 28-year-old was only 20, the track has been given a full production makeover for inclusion on Still Waiting Still. “I had violinist Gabriel Wheaton update it with a beautiful string arrangement,” Ackerman says. “His contribution resulted in an amazingly thematic version of what I now consider to be an ‘old classic’ from my catalog.”