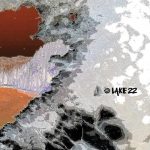 Lake 22 is the musical culmination of the best about growing up in the Pacific Northwest. The band’s music is shaped by punk music, the grunge rock of the Eighties and Nineties, and their parents’ record collections of classic rock, pop, and jazz. Through study, passion, practice, and friendship, the band has developed a high level of musicianship, smart writing chops, and live confidence. Formerly known as Lights Out!, the band began its Rock ‘n Roll journey at Big Star Studios, a local music studio in Snoqualmie, Washington. A decade later, the three founding members, Tyler Kinnaman (vocals, guitar, keyboards), Jonny Bechtol (bass), and Dylan Scott (keyboards, guitar), are still together and are now joined by drummer Willem Kuhn and vocalist/guitarist Bella Mariani (formerly of LocoMotive). Live, their setlists combine their imaginative alt-punk originals with classic rock and punk staples, including Arctic Monkeys, Sublime, Fugazi, Paramore, Cage the Elephant, and Led Zeppelin.

Lake 22’s first full-length album, Thrilling Detail, was produced by Jonathan Plum at the iconic London Bridge Studio. When the pandemic hit and the band’s plans for touring had to be delayed, Lake 22 pivoted and used the time to produce three videos, perform one live stream, write 10 new songs, and go back into the studio with Plum to record their second LP. Lake 22 finds the band further honing their craft on powerful, poppy punk anthems with classic titles like “I Want To Hate You” and “Control.”

“I like the interesting journey Lake 22 songs take me on, it’s not the same old song over and over. Lots of clever changes in the songs.” -Mike Clink (producer, Guns N’ Roses)