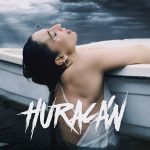 Yael Meyer has been a staple of the Latin American and US indie pop scene for more than a decade. “Known to belt out music and combine electronica, pop and folk sounds in unprecedented ways,” according to Thread MB, her music has been described by Entertainment Weekly as a “bouncy, ebullient electropop that should appeal to the considerable number of people who are still waiting for Grimes to write another ‘Oblivion'” – high accolades for an artist that grew up in a country far from the bells and whistles of the US music industry and who has built her career mostly on her own. “Huracán” is a taste of the upcoming EP of the same name, set to be released in the next few months under Meyer’s own KLI Records. It was produced by Meyer and Tomás Preuss (Prehistóricos), mixed by Enzo Massardo in Chilé, and mastered by Evren Goknar in Los Angeles, California.

The raw, naked, autobiographical, heart-breaking, and hopeful songs on the upcoming EP were all written during a time of intense change and transformation. According to Meyer, “Huracán is a journey into the human heart and all the emotions that inhabit it. It’s about the rough patches that tear us down. It’s about realizing our own frailty and coming out stronger on the other side. In contrast with my previous albums, the production on this one is a lot more epic. It was important to me to incorporate many different musical influences and focus on more intense sounds and noises alongside other more delicate elements. There are a lot of big drums and distorted electric guitars on this record.”