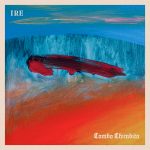 Combo Chimbita had a great week at radio this past week, hitting #1 at NACC Latin, #5 at NACC World, and jumping from #158 to #43 in IRÉ‘s second week on the NACC Top 200. Thanks to all the stations who’ve gotten behind the band and the LP, which will hopefully be reaching new peaks at World and Top 200 next week!

According to WTTW in Chicago, “They call it ‘tropical futurism’ [and the new LP stands out because it] addresses systemic racism, capitalist decadence and the attempted erasure of trans and queer folks.” The band tops WTTW’s list of five “Afro-Latin Artists You Should Know.” Check it out here.