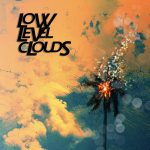 Low Level Clouds is the Honolulu-based project of Christopher Coats whose self-titled full-length debut album mixes breezy 60s and 70s melodic pop with an indie rock bite. Low Level Clouds is a deeply personal record for Coats, and one that mixes upbeat melodies with dark lyricism. “Usually,” Coats says, “I feel like writing lyrics when I’m kind of down, as a distraction from whatever I’m dealing with. But the progressions and melodies come together when I’m hanging out with my guitar. I really appreciate juxtaposition as a concept in the visual arts so maybe that seeped into these songs a bit.” The album features friends including Gerardo Valez, a “guru percussionist” who played with Jimi Hendrix at Woodstock and went on to work on records with the likes of David Bowie, and Bob Malone, who plays with John Fogerty and has recorded with Ringo Starr.

Low Level Clouds is ten tracks of thought-provoking songs that are melodically inviting but featuring lyrical multitudes. Originally a concept album revolving around a news weather girl, the LP took on a life of its own once Coats began writing the words. According to Coats, “She represented a lot of moving things: current issues in Hawaii, cultural changes, and even the sovereignty movement & sustainability issues. A lot of the lyrics are very cryptic; they don’t make sense unless you know what it’s about… Sometimes I don’t know what the song is about until I am pretty far along. It takes awhile to hear it more objectively, but usually if I move on, then I know I’m done as I overlap a lot when writing.  There are some lines that were actually filler lines at first, I meant to go back and improve them.  But sometimes you just have to say it’s done.” Of course, for any artist it can be tricky to feel complete enough to say a work is done. Thus,  these ten tracks found are snapshots. Having reached that ever-elusive “enough” state, Coats hands these songs to listeners with aloha and the hopes that they will be the final completion, as that’s the true wrap.