IPR Chronicles The Ophelias and Their Times 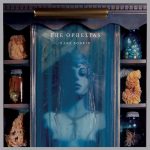 According to Independent Project Records, “The Ophelias were a continuously mutating outfit that could sound like a lost end-of-the-60s cult favourite one moment, and present themselves as godfathers of today’s all-embracing indie rock the next. Ophelias songs feel out of time and ahead of their time all at once. The Leslie Medford-led group blended psychedelic rock’s kaleidoscopic curiosity and progressive inclinations, American post-punk and English folk, modern sounds and Elizabethan delights, all in the span of a few songs (and all while ringing resolutely coherent).” The label recently reissued a compendium of the band’s material, Bare Bodkin, that’s at radio now.

Visit the IPR website, here, to learn the band’s story and read some speculation about its potential future.