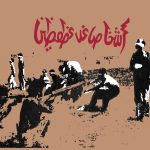 Visit the Independent Project Records website for a new, in-depth feature on Savage Republic. The site writes, “Three of the original Savage Republic members (Bruce Licher, Philip Drucker, Jeff Long) recently reconnected, after a long time, on the occasion of the expanded anniversary reissue of the band’s debut album Tragic Figures. This piece is the result of one of those conversations, old friends reminiscing about the early days of their musical and personal bond. It was completed on 16th July, just a few hours before news of Philip Drucker’s passing broke. It is dedicated to Phil’s memory.” Savor it right here.

Tragic Figures is at radio now.