Mxdwn Describes Alex Lilly’s “Pure Drivel” As “Anthemic” – Is It On Your Playlist Yet? 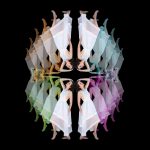 Mxdwn has coverage of Alex Lilly‘s “Pure Drivel,” which it describes as nothing more than “anthemic.” In the site’s words, “the song begins with a robotic cadence that is delivered in a thoughtful, measured manner. Its lyricism is an ode to banned books whose themes are often challenged in schools and other public spaces such as libraries whether they be LGBTQIA+ or racial justice based. The track would be fitting for a romcom about a nerdy and rebellious hopeless romantic.”

Mxdwn continues, “Musically, the song is an synth filled anthem to booklovers and librarians alike with a bouncy beat and melodious vocals courtesy of the talented Lilly.” Does Alex Lilly’s new LP Repetition is a Sin deserve a spot in your music library? Give “Pure Drivel” a listen here and get the full LP spinning now.