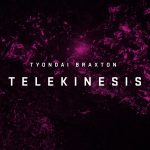 Telekinesis – Tyondai Braxton‘s epic work for an 87-piece orchestra – was just recorded in a studio in collaboration with The Metropolis Ensemble conducted by Andrew Cyr, the Brooklyn Youth Chorus conducted by Dianne Berkun Menaker, and chamber choir The Crossing conducted by Donald Nally. While this is the first studio recording of the piece, it’s not the first time it’s been heard – that was in 2018, when Braxton premiered it at Queen Elizabeth Hall in London with the BBC Concert Orchestra and BBC Singers. The Guardian profiled Braxton and Telekinesis at the time, describing it as “titanic” and getting Braxton’s perspective on its composition. “There’s a lot of awe and beauty and frustration in this piece – it sounds like a tug of war,” Braxton says. “It can be exciting, confusing, can envelop you, terrify you. It’s intense. It’s not polite.”

Read the full profile here, and get Telekinesis to your classical, experimental, and otherwise adventurous DJs.