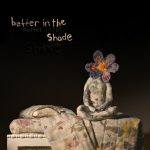 Exclaim! has a review of the new Patrick Watson album, Better in The Shade, which opens by noting that “more than 15 years after releasing his breakthrough record Close to Paradise (2006), Watson remains an important figure in the Montreal indie scene. Like others, he has enjoyed a significant amount of international success, but it’s his ability to embody the culture of the city that has made him a longtime local favourite, especially for how he has bridged the Anglo and Franco scenes.” Later, the site cites “tracks like ‘Little Moments’ and ‘Stay'” as “great additions to Watson’s catalog, reaching for a more ethereal, quasi-minimalist quality with their pulsating rhythms and floating vocals.” Read the full review here.