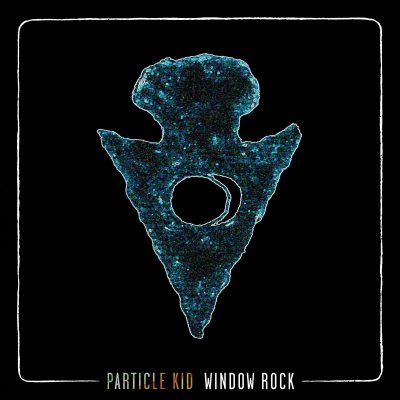 Particle Kid’s Window Rock is a nine-song collection of kaleidoscopic tracks, exploring the mythology of the self with verve, minimalism, and simplicity. Micah Nelson, the man behind the moniker, is an artist yearning to find meaning in a morally ambivalent world who has been hailed by Rolling Stone as “a musical polymath who combines an indie DIY aesthetic with a questing hippie spirit and a relentless work ethic.“ Particle Kid has spent much of the past decade in constant evolution, having gone from making DIY bedroom recordings and performing at underground house shows to collaborating and touring with Neil Young, sharing the stage with Tinariwen, and opening for The Flaming Lips and The Claypool Lennon Delirium.

Window Rock proves to be Particle Kid’s most outward-facing work thus far. Whereas previous Particle Kid albums were either entirely solo works or hodgepodge affairs featuring various musician friends, the new LP is a cohesive album that represents the sound of his touring band. Nelson’s reverberant lyricism and melodic scope is grounded on Window Rock by the chemistry of Tony Peluso (drums, synths) and Jeff Smith (bass, synths), who recorded the album with Nelson over four and a half days with Harlan Steinberger at Hen House Studios (Sunny War, Bonobo, The Doors). Songs like “Still Going“ and “Stroboscopic Light“ ring out with emotion and depth, elevated by the sound of a locked-in band in full flight. Other tracks, such as the grungy “Radio Flyer,“ shimmer with textural art-rock, while the warm, enveloping tour de force “Variac“ strikes with deliberate hooks and melodies. On Window Rock, Nelson builds upon his usual home-strewn approach by blending high quality production with the warmth of analog and personal feel of bedroom recording, aiming to capture a moment in time. According to Nelson, “I wanted to make a record that represented Particle Kid, the trio, the way we sound live, little [mistakes] and all. Even with the minimal overdubbed cassette tape sounds we would always consider how we could pull it off live. I think the limitations of that philosophy challenged our performances and pushed us creatively.”