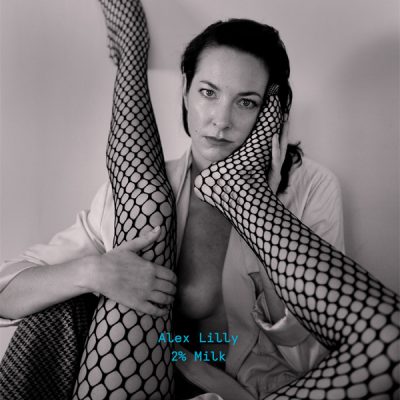 Lilly’s abilities are unmistakable on the relentlessly catchy first single “Distracting Me,” a tune dedicated to the idea of enjoying the annoying. “Most of the time, I don’t like distractions, they get in my way,” she sings. “What made you the exception? Showing up and all I can think of to say: I love it when you are distracting me from what I think I need to do.” “Pornographic Mind,” another highlight, is a bright and whimsically-arranged number about being the object of unrequited lust. While she excels in this playful mode, the album also shines when Lilly takes a quieter, more pensive pose, as on album closer “Firefly” and the Daedelus-produced “Infantile.” Taken as a whole, 2% Milk is a testament to its creator’s overflowing talent.

“‘Pornographic Mind’ is a combination of classic AM radio pop, of the kind that has inspired Lilly’s sometime bandmate Inara George, as well as breezy, late ’80s synthesizer pop, think Madonna with a more poetic bent or Belinda Carlisle momentarily expressing an appreciation for the avant-garde.” -Popmatters

“‘Distracting Me’ is a light (but not slight) pop song with a punchy beat and engaging twisty-turny melodies.” -LA Record