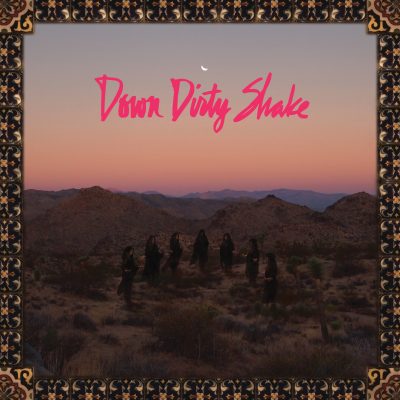 Based in San Francisco, Down Dirty Shake seamlessly blends the sounds of Latin, psych, soul, pop, and garage rock. The group was founded by AJ Ayez (vocals, keys), Kyle DeMartini (guitar, vocals), and Aaron Grimes (drums, vocals) while the three were high school classmates in Merced, CA, and in the ensuing years the band’s style and vision have matured. While staying true to the love of ’60’s blues and psychedelia that initially drew them together, they began incorporating influences from Motown, world music, Krautrock, and more. After moving west from Merced, the band firmly entrenched themselves in the Bay Area music scene by hosting a yearly residency in the iconic Haight-Ashbury district and playing prestigious venues and festivals in both San Francisco and throughout Sonoma County. The addition of Tommy Anderson on bass completed the line-up, and now the band presents its debut full-length.

“”If you’re into psychedelic rock, then check out Down Dirty Shake. The San Francisco band sounds as if they were plucked right out of the 1960s to grace us with their soulful grooves.” -SF Gate