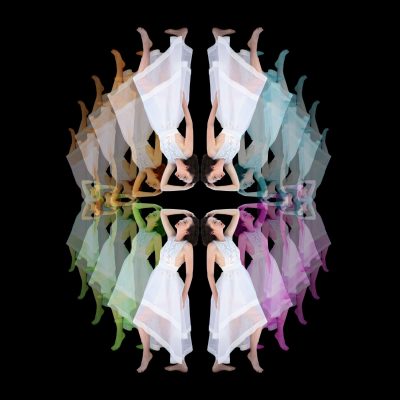 “Repetition is a sin” — is that  a mantra? A judgment? A fact? Repetition Is A Sin is the title of the upcoming second album by Alex Lilly, whose  2019 debut 2% Milk, was called “spellbinding” by LA Weekly and “pretty freaking awesome” by The FADER. NPR’s Los Angeles affiliate KCRW called 2% Milk “a pleasure” and Jon Pareles wrote in The New York Times that Lilly’s songs deliver “structural and emotional complexity with deceptive nonchalance. Lilly’s talents are also on point for other artists, as well. Her co-write of “I Like Girls” for jazz vocalist Samantha Sidley helped that record to a “Top 10 Album of The Year” nod from the Los Angeles Times; additionally, she has extensive touring experience with Beck, the bird and the bee, Lorde, and Ry Cooder.

Lilly’s latest fulfills the promises she made with her first album and much more. Lilly’s thoughtful and intelligent wordplay, unexpected and exhilarating production touches, and emotional vulnerability are pure joy. Album opener and first single “Pure Drivel” is an anthemic rebel yell for  librarians! “I wanted to write a stay-in date night about reading,” she says, “a nerdy booty call.” Many of the songs on the album, like “Melinda,” are character-driven and were partially inspired by the pandemic. “Being isolated from people for a bit spurred me on,” Lilly says. “I had a hobby for a while where I was commissioned to write theme songs for humans It was a lot of fun and I continued the idea of song portraits for several other tracks on this record, almost like creating my own company that includes friends (“Frank”), movie stars (“Rosalind”), a cartoon character’s alter ego (“Bugs Bunny”), my grandma (“Spirit”), and Frank, the made-up drunk.” The album’s most moving tune is “I’m Getting Better At Falling In Love,” which is confessional, vulnerable, optimistic, and hopeful. On the recommendation of friend and fellow musical risk-taker, John Vanderslice, Lilly worked extensively with engineer James Riotto to create Repetition Is A Sin.

“Alex Lilly’s music is to the current plethora of pop what a Picasso is to a selfie.” -Buzzbands