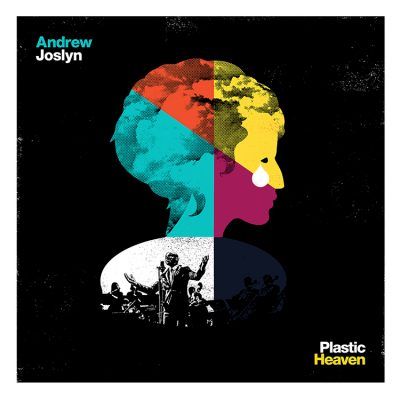 Best known as an orchestra leader for the past eight years and co-writer on songs from The Heist and This Unruly Mess I’ve Made, Andrew Joslyn has collaborated and performed with a diverse range of artists including David Bazan (Pedro The Lion), Mark Lanegan (Queens of the Stone Age), Doug Martsch (Built to Spill), Billy McCarthy (Augustines), Macklemore, Shelby Earl, and Allen Stone. Additionally, he recently completed composing the score for his first feature film. In 2017, the composer will release his first solo album, Awake at the Bottom of the Ocean. The album, according to Atwood Magazine, “finds Joslyn writing, producing and arranging eleven tracks that seamlessly mold together pop, classical, hip-hop, rock and folk elements into a dizzying, dazzling display of musical ingenuity. Call it ‘orchestral pop’ or whatever you want, but Andrew Joslyn is neither the last of a dying breed nor the first of a new artistic generation: Rather, he is a pioneer unto himself, a one-of-a-kind creator whose music truly speaks for itself.”

Lead single “Plastic Heaven,” featuring lead vocals from Will Jordan, combines Joslyn’s lush and lively orchestration – featuring bassoons and flutes and strings – with a ruminative lyric about fame. According to Joslyn, the song is about “the insanity of celebrity culture, and people’s fascination and obsession with it.  I wanted to create a song that addressed the insanity and loneliness of it all, just the sycophants, crazed fans, and the shallow appearances. The song also addresses people’s individual obsession with social media, and how it is incredibly misleading to what real life looks like.”

“Andrew Joslyn’s honest writing offers deeper reflection on the relationship between art and artist… ‘Plastic Heaven’ is poetic and profound, an emotional debut that resonates with musical ingenuity, passion, and humility.” -Atwood Magazine

“On [Josyln’s] new single, “Plastic Heaven,” he uses his classical background to create a whirling parade of strings, beats and the emotional sounds of guest singer Will Jordan’s voice… You’re immediately struck by the grand work of Joslyn’s orchestrations, but the smaller details that come later really provide proof of his tremendous capacity to reach inside your heart and pry those cracks open wide enough to let some light shine through.” –Nooga.com