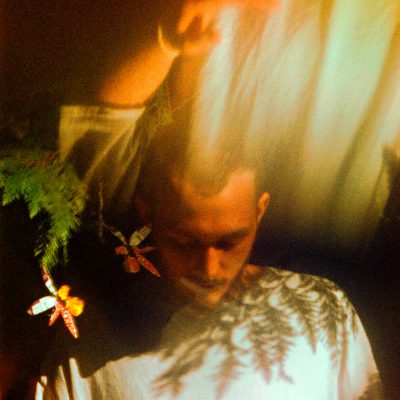 AQVOL is the moniker of Justin Marshall, a singer, songwriter and producer from Broward County, Florida who fuses candid hip-hop, meditative R&B and timeless indie rock influences to create thoughtful, introspective narratives with uncanny, melodic infectiousness. Marshall grew up surrounded by music by artists like Led Zeppelin, Rush, and Hank Wiliams, Jr., but as a teenager he developed an obsession with trap and began making his own hip-hop inspired music in high school. Using only a Lex Luger drum kit and YouTube tutorials, Marshall taught himself how to play multiple instruments and started to develop a penchant for crafting sultry, pensive ballads that ache with substance indulgence and evocative, youthful clarity. He work, such as the NYQUILL-produced “Rosegold,” “2AM,” and “Count,” was beginning to get a buzz on SoundCloud when he was arrested in 2017 for narcotics possession and sentenced to a year of probation.

Unable to leave the state of Florida until the end of 2018, Marshall worked two restaurant jobs to pay his legal bills. While working, he spent every spare moment honing his craft and preparing for the end of his probation. As soon as he was able to leave the state, he bought a ticket for a life changing flight to Los Angeles. The EP Honey Berry Butterfly follows recording sessions in Broward County, New York, and Portland.

“‘Dirty,’ which follows the release of the EP title track, sees the Broward County, Florida artist leaning even further into a timely rejection of genre rules by fusing elements of rock, hip-hop, R&B, and more to tell a story about his artistic journey.” -COMPLEX

“If Post Malone and Spooky Black were to have a relative who made music, this would be the result. ” -Channel Alt