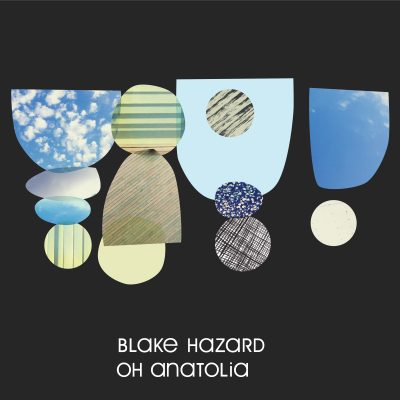 Blake Hazard started playing the subways of New York City in her teens, graduating to smaller clubs in the city before making her way to Boston to study at Harvard University. There, she continued to play live, eventually starting a relationship with John Dragonetti and moving to LA with him. They broke up, but reunited after hearing the songs each had written about their parting. Together, they made three records as The Submarines, touring the US and Europe many times, making festival and television appearances, and licensing their songs extensively for film and TV worldwide. Hazard recorded her solo album The Eleanor Islands with Sam Cohen (Kevin Morby, Yellowbirds) in Brooklyn in 2013.
“Oh Anatolia” is the next in a series of singles and remixes the artist is releasing in 2017; it follows “Before The Ice,” which was remixed by Xander Singh, and “Hey,” remixed by Styrofoam. In this servicing, the clearly-sung and Americana-tinged “Oh Anatolia” is paired with an inventive, orchestral inversion of the song created by White Sea (Morgan Kibby of M83). The studio version was recorded in Los Angeles with producer Thom Monahan (Vetiver, Wild Nothing, Fruit Bats). Hazard wrote the song with nostalgia for Istanbul, a city where she once lived, and says, “Every time I sing it, I think of the stars over the Aegean and the fog over the Bosphorus, and I smile.” Of White Sea’s remix, Hazard says, “I feel like she made a film of the song and then turned the movie back into music. I knew she would bring something beautiful and unexpected to the song, and that she wouldn’t shy away from the darker aspects of it.”