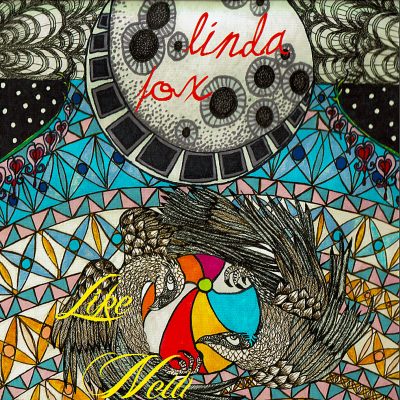 File Under: Music has released “Like New” from Linda Fox, the next audio/visual single in its One Song At A Time series. An experimental project at heart, project mastermind Michael Donovan draws from elements of noise pop, dance-rock, lo-fi, and folk music to fashion palpable songs that reflect less than immediately accessible emotional states. A playful, questioning guitar goes over a constant electronic beat on “Like New” as Donovan asks the listener to imagine what sort of transformation could encapsulate change, without genuine rebirth or renewal, while the final phrase – “what you say goes” – references recurring defeat in the face of numerous attempts to change one’s own circumstances. Donovan grew up in secluded Upstate New York, in a fundamentalist Christian household, and was homeschooled. The absence of many others his age, mixed with what Donovan suspects is an autism-spectrum disorder, lead Donovan to believe that others felt and thought exactly as he did. When he began to listen to music, this misperception transferred to the songwriters he heard, and he often became convinced that songs were directly related to his own personal experiences. No longer belaboring under this misperception, Donovan nevertheless attempts to craft songs directly for listeners who believe a song could contain truly personal meaning for them.