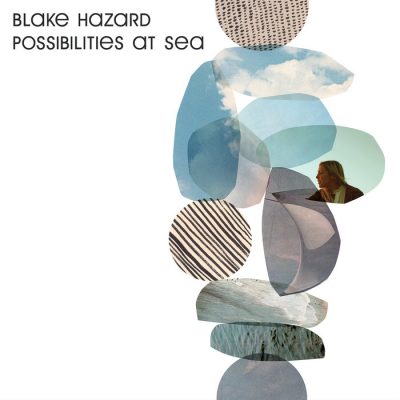 Blake Hazard started playing the subways of New York City in her teens, graduating to smaller clubs in the city before making her way to Boston to study at Harvard University. There, she continued to play live, eventually starting a relationship with John Dragonetti and moving to LA with him. They broke up, but reunited after hearing the songs each had written about their parting. Together, they made three records as The Submarines, touring the US and Europe many times, making festival and television appearances, and licensing their songs extensively for film and TV worldwide. Hazard recorded a solo album The Eleanor Islands with Sam Cohen (Kevin Morby, Yellowbirds) in Brooklyn in 2013, and she now returns with Possibilities at Sea. The new LP was recorded with producer Thom Monahan (Vetiver, Fruit Bats, Wild Nothing) and recorded live on a studio floor with players including Neal Casal (Ryan Adams, Chris Robinson Brotherhood), Dave Depper (Death Cab for Cutie), Josh Adams (Jenny Lewis), and Gabe Noel (Ry Cooder). Though Hazard has described her songwriting process as typically being “arduous,” the setting helped her unleash a torrent of new ideas. “Somehow these songs just kept appearing,” she says now. “They came so quickly and somehow so confidently that I didn’t question it.”

The entire album carries with it a sense of hopefulness; and, according to Hazard, “I’d been in such a place of sadness and loss and came out of it wanting to help everyone else through whatever hard times they might be going through. It might sound silly, but, I wanted to be that voice you need to hear telling you everything’s going to be ok. I believe in you, and you will always be loved.” Of the album’s earnest first single, “This Heart,” Hazard notes, “[it’s] nostalgic both in feel and theme, but it’s not at all downtrodden. It’s a hopeful and timeless sort of song, inspired by a love for the music of Django Reinhardt and the Hot Club of France. It’s tricky to write a simple happy song, never wanting to fall into a trite expression of love – but being both earnest and light at the same time is a sort of ideal to me.” The album also includes “Oh Anatolia,” an Americana-tinged track written with nostalgia for Istanbul, and “Before The Ice,” a sultry and sensuous number Hazard says she conjured after imagining “a scene on a quiet starry beach at nice, the ice clinking around in moonlit glasses, making two people brave enough to feel something—or admit that they do—for each other.”

“The quintessentially rootless musician, a true citizen of the world.” -Flaunt

“Her superpower is an ability to marry sweetness and melancholy in a genuinely affecting and visceral ways.” -Black Book