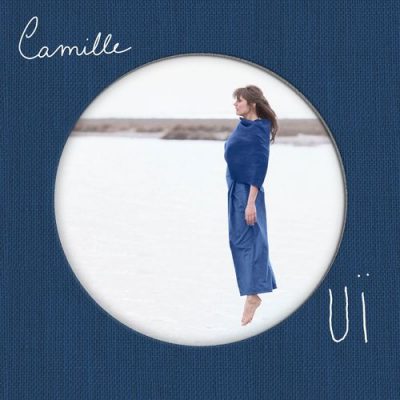 OUÏ, the new album from the award-winning French singer and composer Camille, was released internationally this year to critical and popular acclaim and is now coming to the US. OUÏ is her fifth studio album in a career that also includes contributions to the band Nouvelle Vague and the soundtrack to the film Ratatouille. Recorded over the course of a year in La Chartreuse—a fourteenth century monastery-turned- artist’s residence in Avignon, France—the album was co-produced by Camille with two of her longtime collaborators: composer and multi-instrumentalist Clement Ducol and sound and mixing engineer Maxime Leguil. Mostly sung in French, the album also includes one song in English, “Seeds.” Camille initially set out to write politically-charged songs inspired by drum-driven French traditional dances, but after reflecting upon her country’s recent tragic events she was drawn to create something more peaceful: a vowel-oriented and resonant exploration of sound. The album’s title comes from that playfulness with sounds and language, a breaking free of restrictions. Camille also says her motherhood was an influence, as “Having my children made me want to dive again into the spring of life, of love, of sound.” Additionally, OUÏ pays tribute to Camille’s father. “This is the first time he won’t hear a new album of mine,” she says. “I wanted to make something so resonant, so beautiful, that he can hear it where he is. Music has always helped me communicate on another very subtle level.”

OUÏ features the versatile Moog analogue synthesizer, and percussion is used throughout the album as a sort of bedrock. As Camille says, “The story of the album is like this, moving from the arcane drums to the treble and harmonics and light in my voice. All the voices are telling a story, and I am all the voices… It really resonates. On some songs there are no drums, just this sub-bass like a kick drum, which leads the way and gives it a beat.” Debuting at #1 in the French charts, the album was called “a celebration of a vocal instrument as dexterous as it is delicate, with sounds given new shapes and word play at a premium” by the UK’s Evening Standard.

“A wildly under-appreciated Parisian pop genius… Camille sounds awed by language as a brilliant, living thing on her latest album. Inspired by the psychedelia of motherhood, she doubles down on her sharp playfulness.” -Pitchfork

“She might be more imaginative than ever when it comes to putting together a melody. OUÏ is characterised by an underlying, vital pulse… with fragments of fluttering electronics, marching beats and glitch-ridden hazes in the mix. Never does she let these arrangements overshadow the most arresting part of her work though: her own voice.” -The Skinny