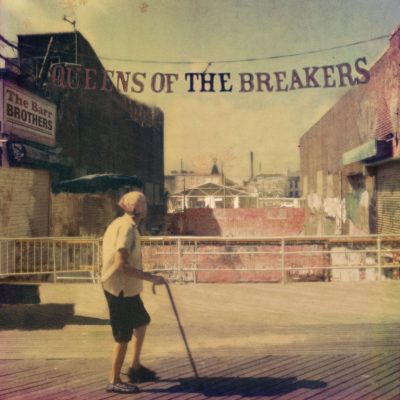 The Barr Brothers began in the late 2000s, after songwriter Brad Barr and his brother – drummer Andrew Barr – moved to Montréal following a decade in Providence playing in avant-rock trio The Slip. Brad’s apartment shared a wall with Sarah Pagé, a unique and exciting harpist who began collaborating with the brothers and recording in their building’s boiler room. They released their self-titled debut in 2011 and have since performed on The Late Show, NPR, The CBC, Morning Becomes Eclectic and more. They’ve shared stages with The National, Patrick Watson, My Morning Jacket, Emmylou Harris, and countless others; headlined the Montréal Jazz Festival in front of 40,000 people; and sold out venues across the world. Their 2014 sophomore LP, Sleeping Operator, was a breakthrough that found success on radio and was streamed more than 60 million times around the world. The new album arrives after the longest-ever pause in Brad and Andrew Barr’s 20-year career in music. Both became fathers since 2014’s Sleeping Operator was released, and Pagé has spent that time on her efforts to redefine the harp, its sound, and its role in modern music. Queens of the Breakers, engineered by Ryan Freeland (Milk Carton Kids, Ray LaMontagne, Bonnie Raitt) and Marcus Paquin (Arcade Fire, The National), was born out of reflection of what home and family mean after the effects of life on the road.

“It Came to Me,” a driving standout, begins with a squall of guitar and a rush of drums and quickly forms into a mean, bluesy riff textured with a classical acoustic harp. Brad’s voice distorts to a rasp, telling the tale of a Zen-like quest for answers to the questions of the universe. “Maybe Someday” and “Kompromat” likewise find the band in a dirty, dirgy rock mode, while tracks like “You Would Have To Lose Your Mind” and “Hideous Glorious” demonstrates the Barr Brothers’ skill at crafting ethereal, slowly-churning orchestral crescendos. “Defibrillation,” which is built on percussion sampled from an EKG machine, features members of the New York indie pop quartet Lucius, and the album’s title track is a jangling gem of expansive indie rock. The entire record is notable for its textural richness, and the band will support it with tours in Europe (with The War on Drugs) and North America.

“A band that has consistently questioned the limits of folk, blues and psychedelia.” -Paste

“Gorgeous, atmospheric… The band’s unique sound… includes a harp player like no other.” -Brooklyn Vegan

“Their most richly-coloured record to date.” -Q Magazine