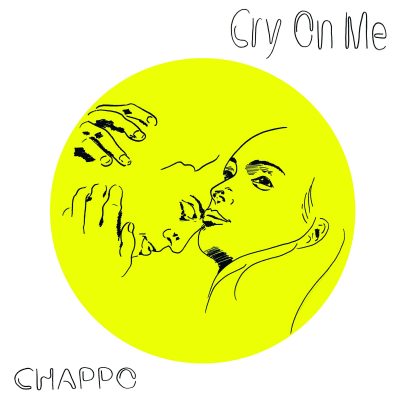 DO IT, the third LP from New York’s CHAPPO, was born of tragedy. On the heels of their last album, the dense and conceptual Future Former Self, singer Alex Chappo, guitarist David Feddock, and keyboardist Chris Olson found themselves scattered and devastated. Chappo lost his best friend to suicide, Feddock and his wife lost their young son Winter, and the band lost its drummer and became a trio. The whole thing could have unraveled, but instead the group buckled down and worked through the pain — taking solace in the process of writing and recording a lithe, spangled tumble of a record. “After losing our son I had a moment of clarity,” Feddock says. “More than ever, all the life and love that was missing needed to come out through the songs we were working on.” Rather than creating a memorial, the band decided to strike nearer to the wild heart of things by paring their sound down to its most primal and joyful components. Produced by John Vanderslice at his legendary Tiny Telephone studio in San Francisco, DO IT thus refines CHAPPO’s psych-rock proclivities into something deeply essential. “It felt amazing to find a fresh creative process and catch a new flow with just the three of us. We felt like Winter’s spirit was ushering us into a sense of rebirth,” Chappo says. Recording to tape forced the band to make decisions quickly and decisively – Vanderslice wouldn’t let them do many takes, or even re-listen to takes in the studio – and that exercise fit nicely with the album’s overarching theme of letting go. In the midst of tragedy and tumult, the members of CHAPPO surrendered control in order to create their most fun, joyful work yet.

This joy is immediately recognizable on lead single “Cry On Me.” Centered around a sprightly upstroked guitar and jaunty beat, it’s got a sensual feel and an anthemic chorus that is sure get audiences grooving and singing along when the band plays it live. It’s a joy, though, that comes not from ignoring but embracing sadness – Chappo opens by saying he’s “been weeping for a week for the one I love” before exhorting listeners to “cry tears of joy and tears of pain.” On this song and thoughout DO IT, CHAPPO transmogrifies pain, and sadness, and boredom, and all the less-than-great parts of being human into a throbbing, galactic party.