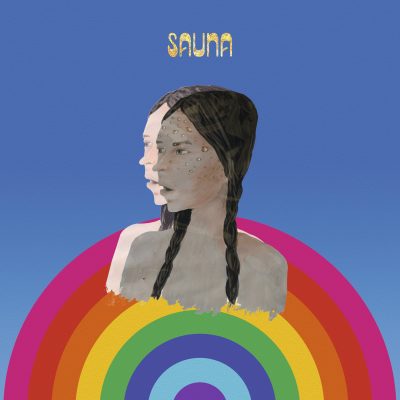 Leyya, the Austrian Indie­pop duo, has been generating a buzz since the instant success of their 2016 debut Spanish Disco. That album’s hit single, “Superego,” racked up over three million plays on Spotify and over 560,000 Youtube views. Leyya has laid claim to the prestigious Amadeus Music Award and graced the stages at festivals across Europe – their performance at Iceland Airwaves was called one of the fest’s “most exciting” by Consequence of Sound, while their show at Eurosonic Nooderslag was branded “the best concert of this year’s Eurosonic Festival” by Musikexpress. Now, the pair of Sophie Lindinger and Marco Kleebauer returns with their new album Sauna. Leyya has already been enjoying immense success with the album’s pre-release singles, with “Zoo,” “Oh Wow,” and “Drumsolo” finding airplay on the BBC and KCRW and generating glowing press in outlets like Pigeons and Planes, Noisey, Complex, The 405, Consequence of Sound, and more.

Sauna is an offbeat gem that experiments with different layers of sound, combining textures of indie rock, electronica, jazz and soul. “Heat” mesmerizes with intricately constructed electronic sounds, tastefully crafted into a driving pop song, while “Drumsolo” is a playful and colorful track that harks at an understated emotional glamour, with captivating instrumentals that perfectly complement Lindinger’s wistful vocals. But the album’s most direct gem may very well be “Zoo,” with its brassy grooves and undeniable chorus. According to the group, their music “is very catchy so you don’t notice its quirkiness… [with] different layers to discover depending on the listener’s mood.”

“Creative modern pop music, drawing on far-ranging influences….’Zoo’ has the kind of hook you’ll be humming all summer long.” -Pigeons and Planes

“A layered, musical parfait of sound… melodic and complex and just plain weird enough to groove endlessly to.” -NOISEY